Home
/
Joycons
/
DOYOKY RGB Joy Pad Controller for Nintendo Switch review: One of the best options out there

DOYOKY RGB Joy Pad Controller for Nintendo Switch review: One of the best options out there

Bottom line: This controller feels great in your hands, offers motion controls and rumble. Plus, the lights around the joysticks can flash many colors.

Let's be real: the Nintendo Switch is a great little gaming system, but those Joy-Cons cost way too much, and they're pretty darn small in adult hands. That's what makes knockoffs so appealing. The best third-party Joy-Cons provide a better grip, cost less, come in several colors, and sometimes feature additional buttons. The tradeoff is that they don't always have motion controls or amiibo scanning.

I recently got to test the Binbok Joy Pad controller. Either side has a built-in battery and can be used either attached to the Switch or on its own. It's so much more comfortable than Joy-Cons, features motion controls and rumble, and even has some fun RGB lighting action going for it. Overall, it's a great controller that costs less than Joy-Cons. 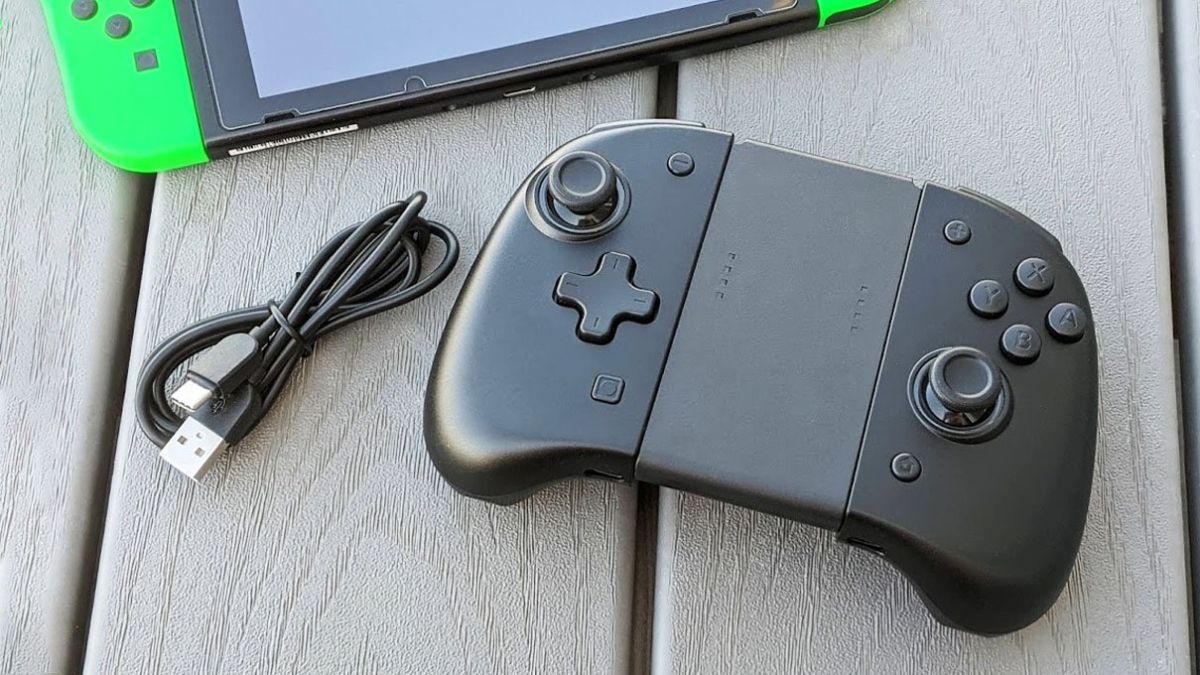 The DOYOKY Joy-Pad controller sells for $50 on Amazon. This is a very good price considering the fact that it offers RGB lighting, motion controls, rumble, and a good hand grip. What's more, it costs $30 less than official Joy-Cons and $20 less than the Pro Controller. They come in Black or Green & Blue to match the Animal Crossing: New Horizons Switch. 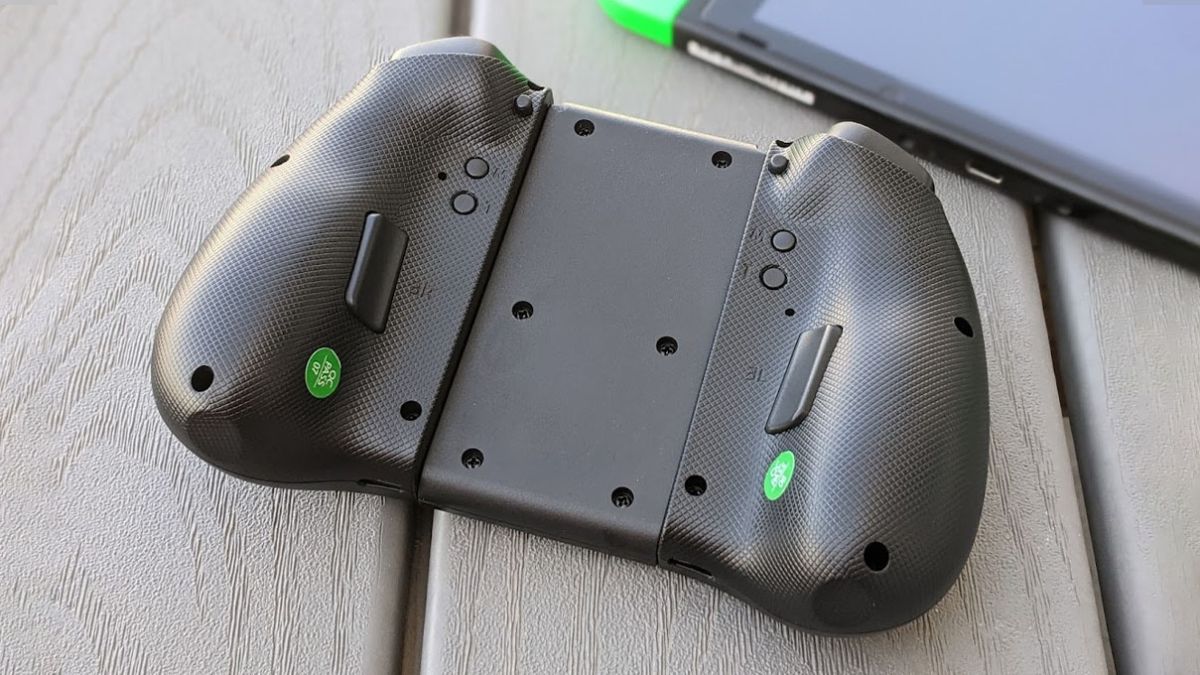 All I had to do to sync the controller with my Switch was slip them onto either side of my console; then everything was ready to go. You can keep them attached for handheld mode or can detach them for comfortable docked mode from your couch.

What's more, I discovered that when they're detached, I can wake up either side of the controller by pressing the Home and screenshot buttons. Once both are active, they turn the Switch on, which isn't always the case with third-party options. That way, I don't have to go and re-sync my docked Switch after I've done it the first time.

Controls & battery As reliable as the official thing 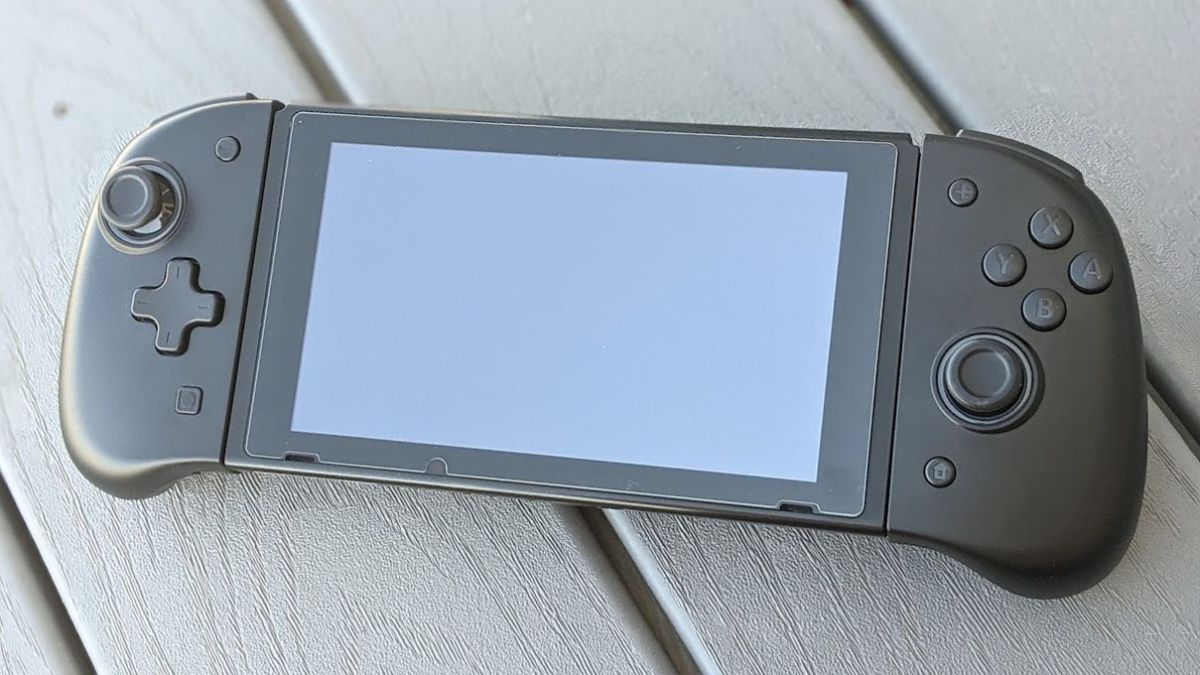 DOYOKY offers most of the features you'd find on the Pro Controller or Joy-Cons, including rumble and motion controls. I tested the rumble of an official Joy-Con in my hand against the rumble of the Binbok, and it felt the same. The motion controls and buttons also responded just the way I would have expected from an official controller. There are also extra buttons on the backside, including micro, turbo, ER, and EL buttons which you can program to do several things.

Both sides have a USB-C port to charge their internal batteries independently of the other. I've been able to play for over five hours straight without the battery running out. Just make sure to charge them up between uses to keep them ready to go. Unlike some third-party controllers, these ones do fit on my Nintendo Switch while it is docked. It only comes with one USB to USB-C cable, so you'll either have to take turns charging them or grab another cable to charge them at the same time.

The thing I hate the most about Joy-Cons is their small size and lack of comfortable grips. This strange combination tends to make my pinky fingers go numb if I'm playing in handheld mode for long stretches. But the Binbok Joy Pad has excellent, adult-sized, textured grips, which prevent this circulation loss from happening. Plus, the buttons and D-pad are large, and feel like their placement was meant for someone my size rather than a munchkin. Of course, that means this controller might not be suitable for someone with smaller hands.

RGB lights Colors of the rainbow 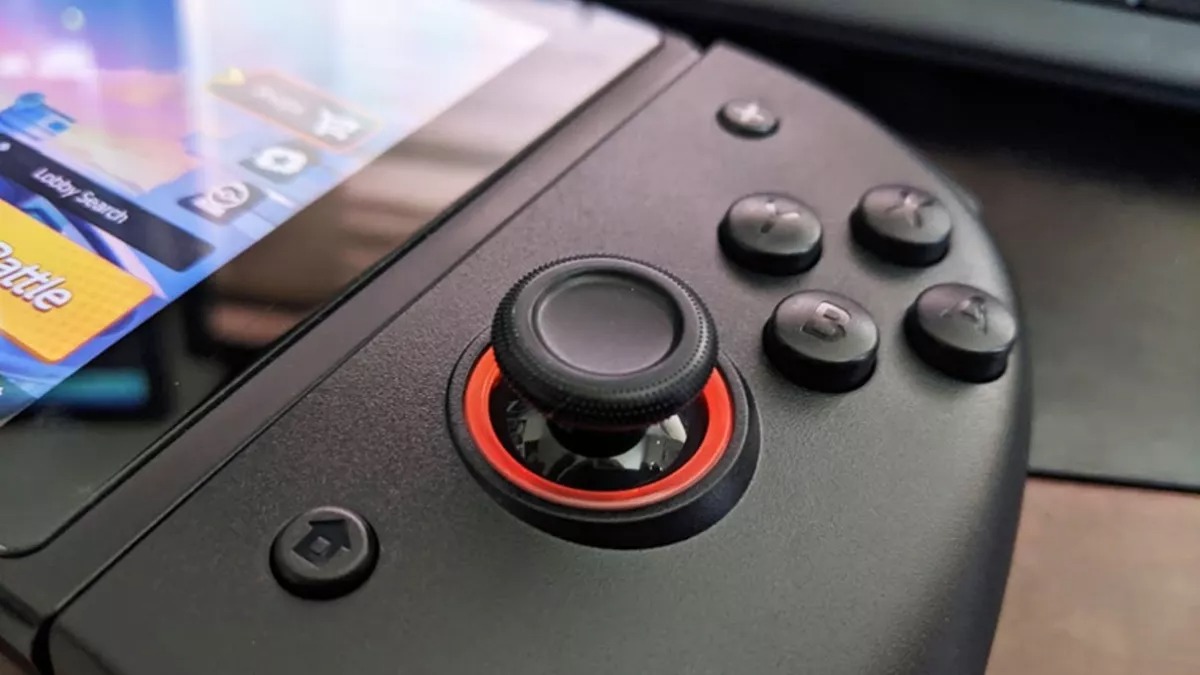 The DOYOKY Joy Pad features two RGB circles, one on either joystick. These can be made to display one of eight different color options: Red, orange, yellow, green, light blue, blue, purple, and rainbow. You can set either side to display a different color independently, or you can have them filter through the seven solid color options. The lighting isn't super bright, which I like. Some RGB controllers hurt my eyes and make it hard to play when it's dark out, but that wasn't the case with these ones.

The controller does remember the lighting settings you chose when you wake it up, and the two controllers will filter through colors in unison if both are activated simultaneously. It's important to note that as far as I can tell, there is no way to turn the lighting off entirely while the controller is on. 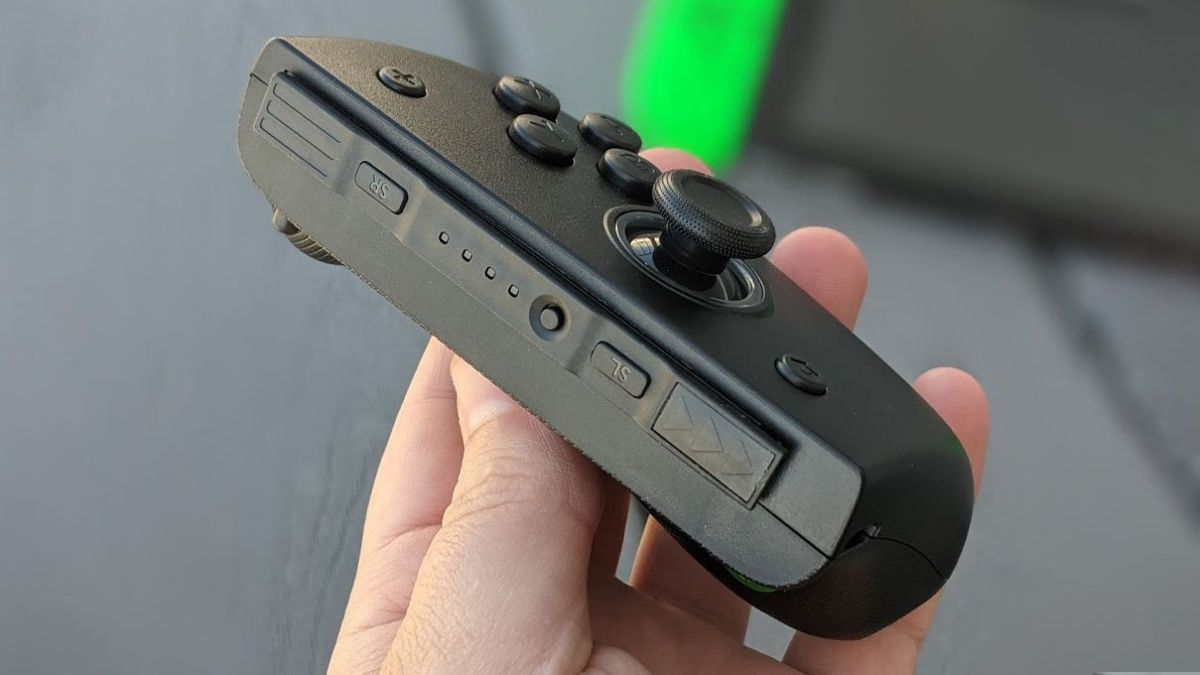 It's pretty common for third-party controllers not to include rumble, motion controls, or amiibo scanning. However, DOYOKY does have two of those three. It's just missing those NFC reading abilities. Now, this isn't something that will bother most players. However, if you're set on finding a knockoff controller that can read your favorite amiibo, this controller won't do the trick for you.

Additionally, since these controllers are larger than Joy-Cons, they make it so the Switch's kickstand cannot touch the ground. This isn't a huge deal unless you often put the Switch in tabletop mode, though. 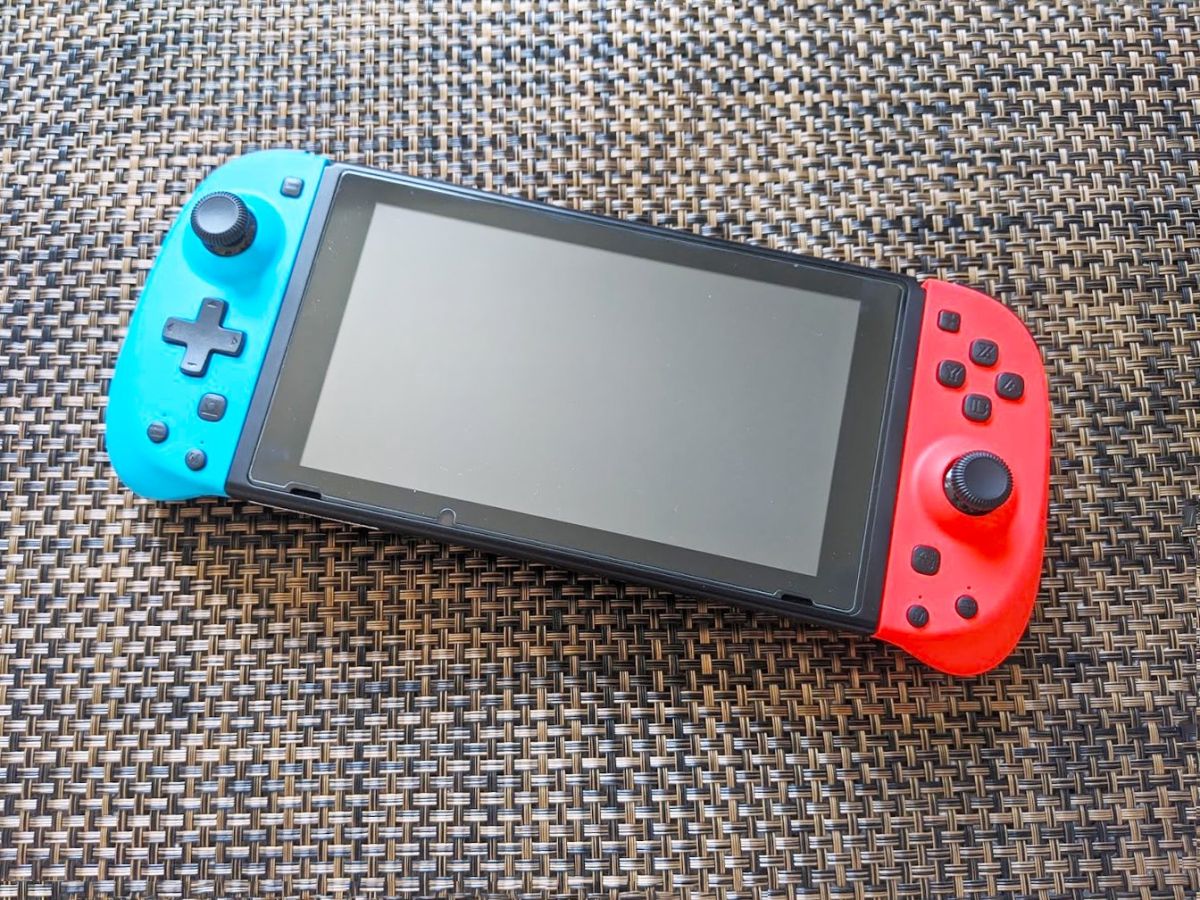 The DOYOKY Joy Pad is very much like an improved Hori Pad. The biggest difference being that Hori's product doesn't have built-in batteries and thus cannot work while detached from the Switch. However, there are far more designs to choose from, including Pokémon, Monster Hunter Rise, and Pac-Man themes.

The GEEMEE Tutuo Joy-Pad is another great pick. They're a little more slender than DOYOKY's offering but still provide extra grip from what the Joy-Cons provide. They're also charged via USB-C ports and come in several colors.

DOYOKY JOY PAD CONTROLLER: SHOULD YOU BUY IT? 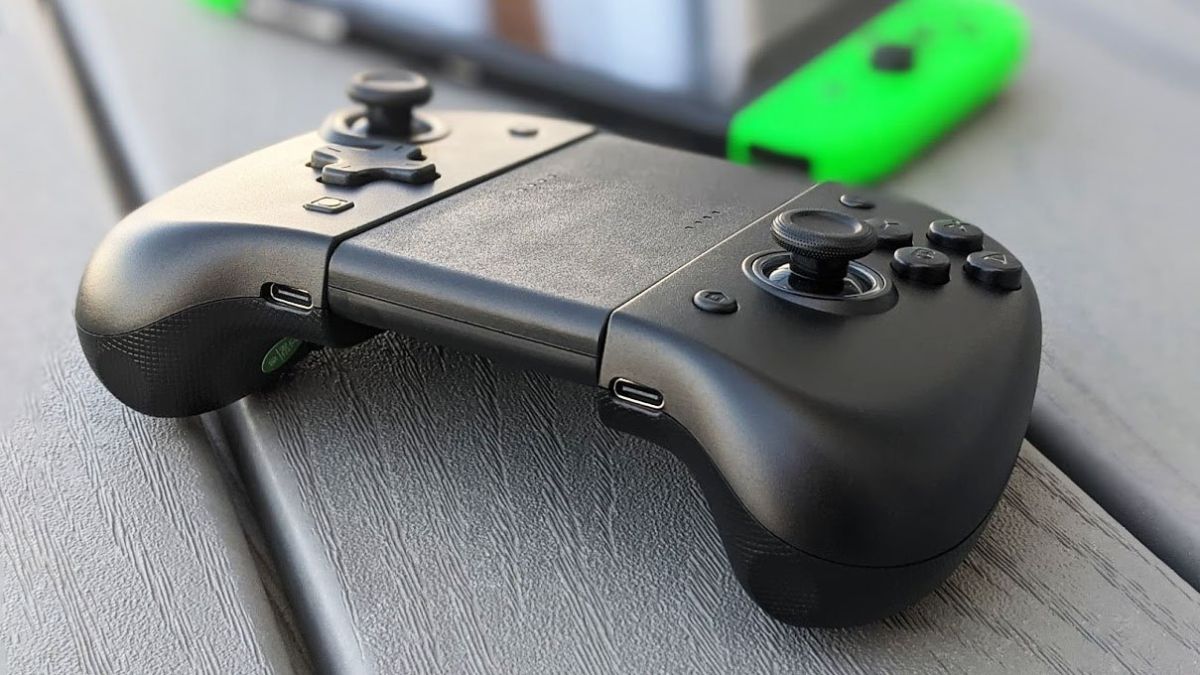 You shouldn't buy this if...

Honestly, these are some of the very best third-party Nintendo Switch Joy-Cons I've ever seen. They have all of the controls you'd expect from an official controller plus some. Not to mention, they also feature motion controls, vibration, and those sweet RGB circles around the joysticks. Plus, those large, textured grips combined with the big D-pad and buttons feels great in adult hands.

The only downside is that they are missing amiibo scanning abilities, and when they're attached to the Switch, they make the kickstand unuseable. But if that's not a problem, they'll be a great fit. Additionally, it might be a little big for children or people with smaller hands. 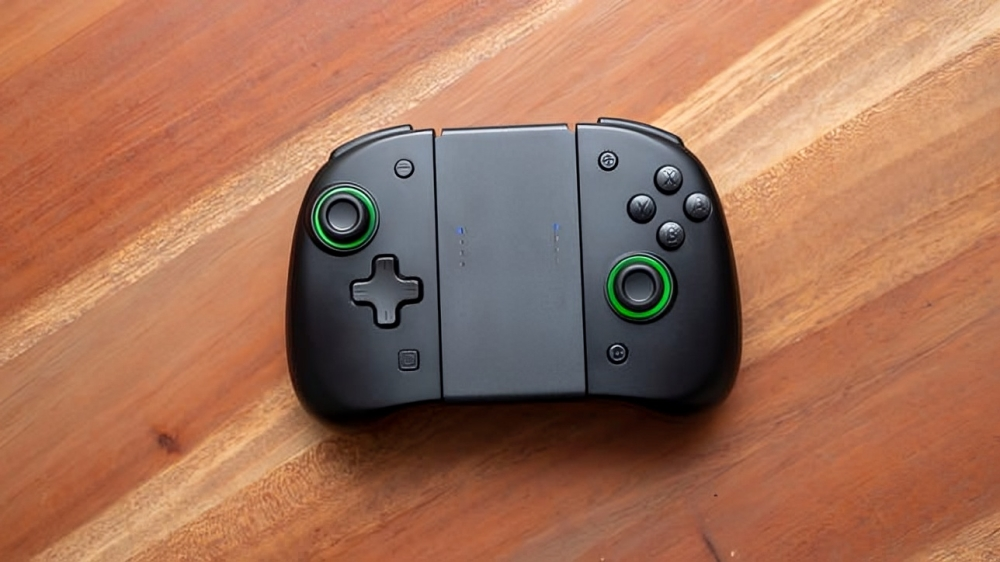 Save some cash while upping your stats with the best Nintendo Switch controllers.